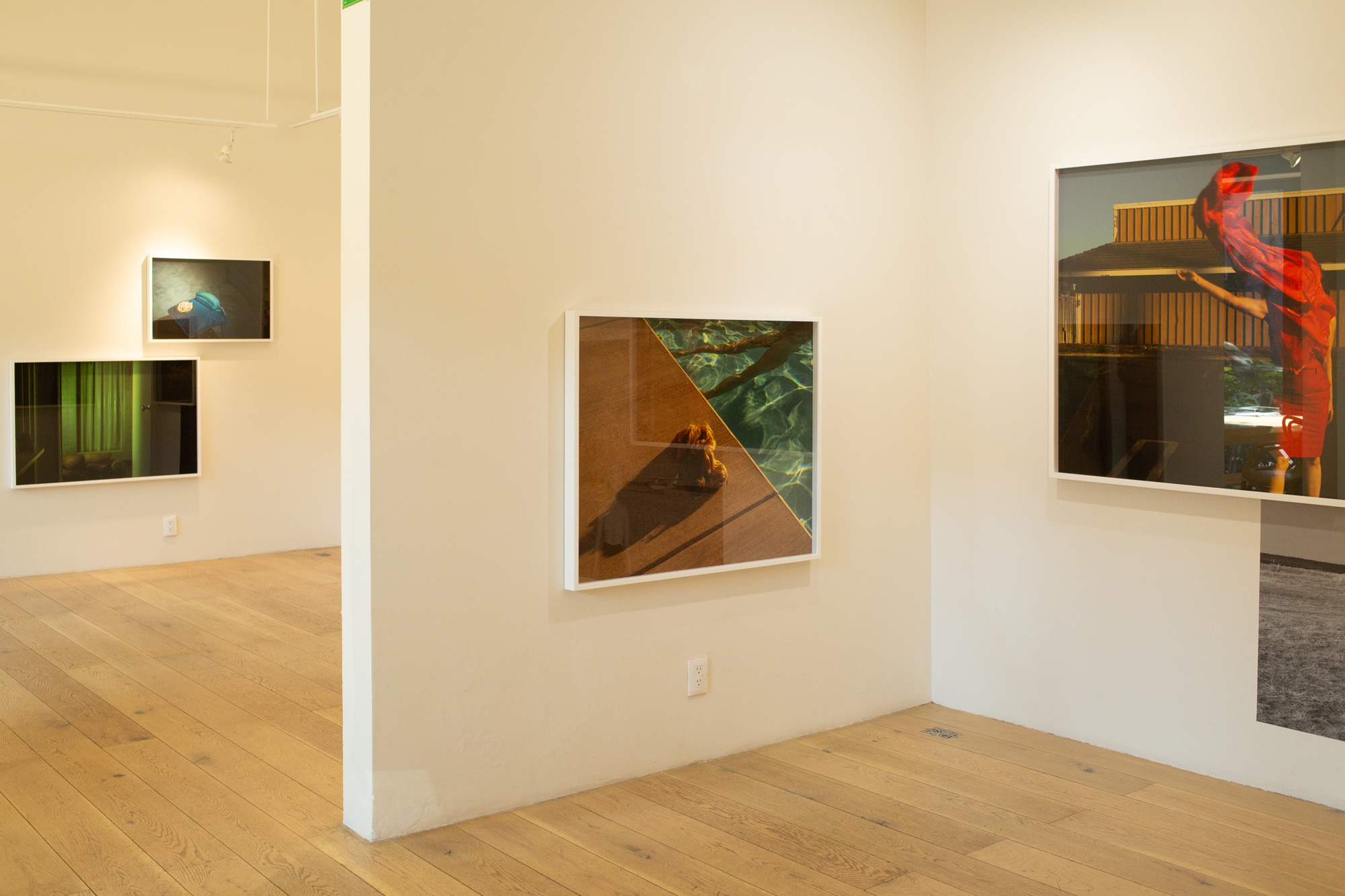 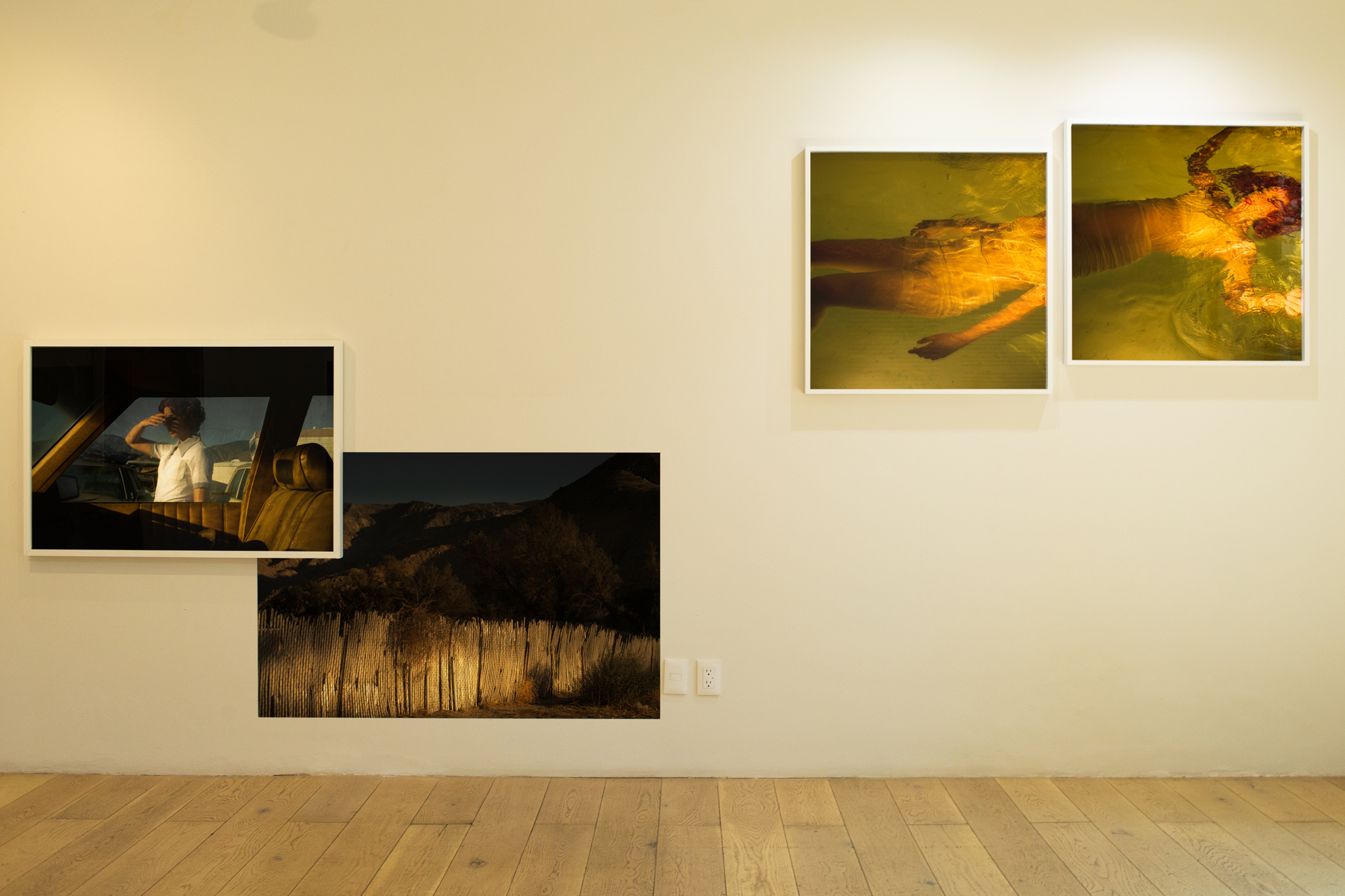 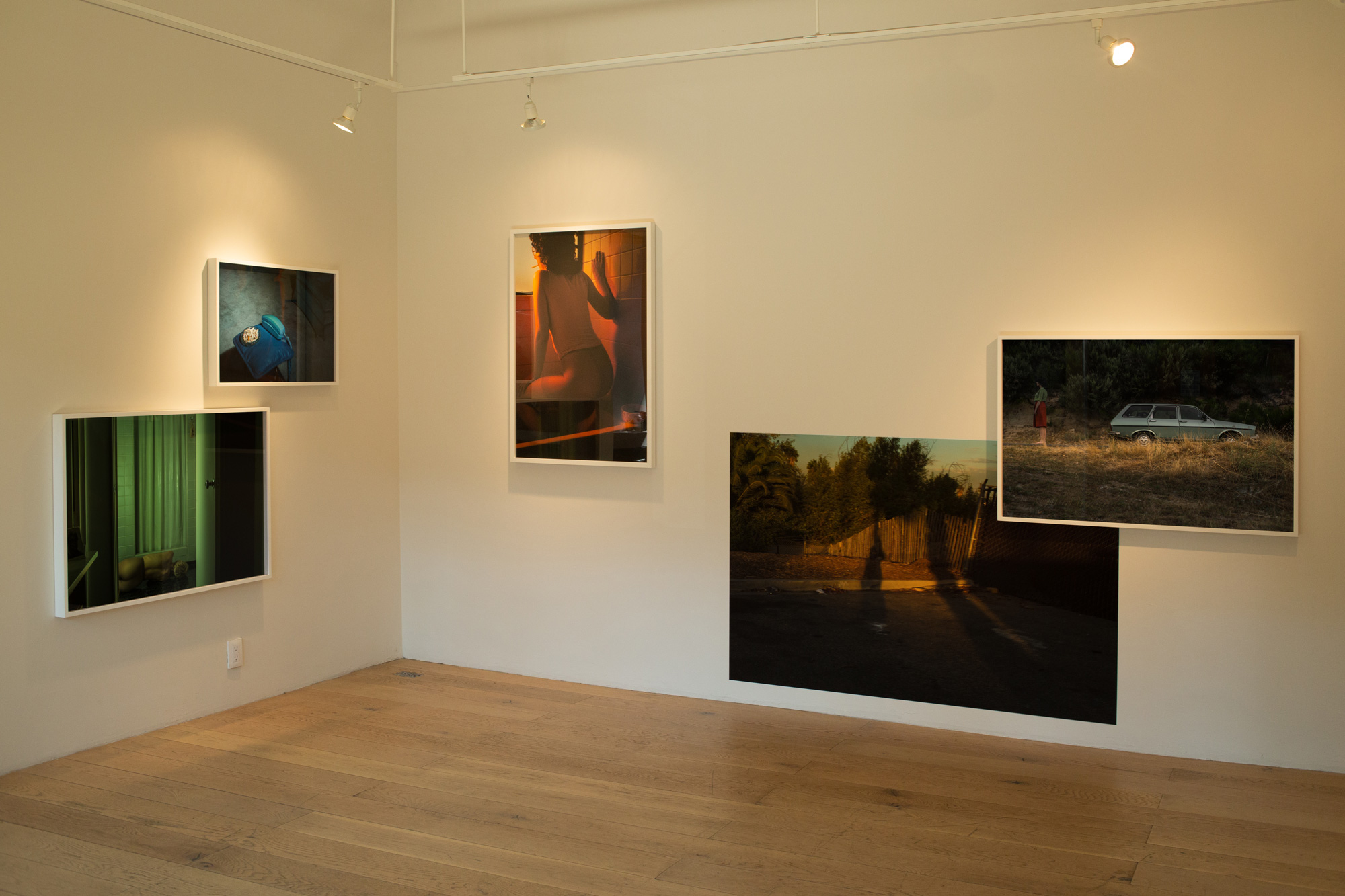 The color is red and the woman is ready. The color is blue and the phone is ringing. The American Dream is a fiction and so are these photographs by Tania Franco Klein.

In her recent photographs, Franco Klein appears to take up the mantle of the masters: the archetypes of Cindy Sherman’s Untitled Film Stills and the Hollywood lighting of Philip-Lorca diCorcia’s Hustlers, the shocking colors of William Eggleston and the mysterious, glossy poses of Jimmy DeSana.

“I lost my sense of home,” Franco Klein says of her life lived between Mexico City, California and London. That loss is expressed in these photographs as a search, by both artist and subject, woman alone and women as some imagined collective.

Burned out, on the road again, or just waiting with a cigarette and the half-life of a dream, in the brilliant, gem-tone saturation of colored light, her women are lost in the world but found in images. We are all in this together, Franco-Klein seems to say to them, from behind the lens. Even if we are all alone.