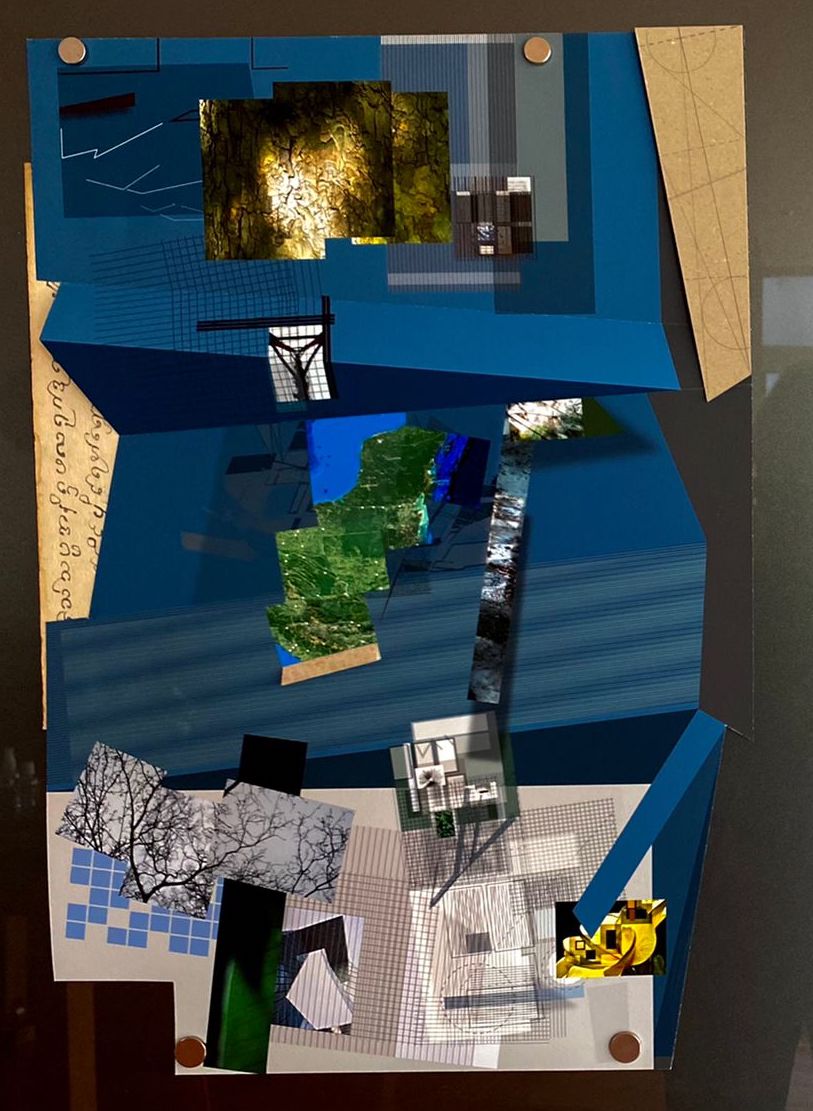 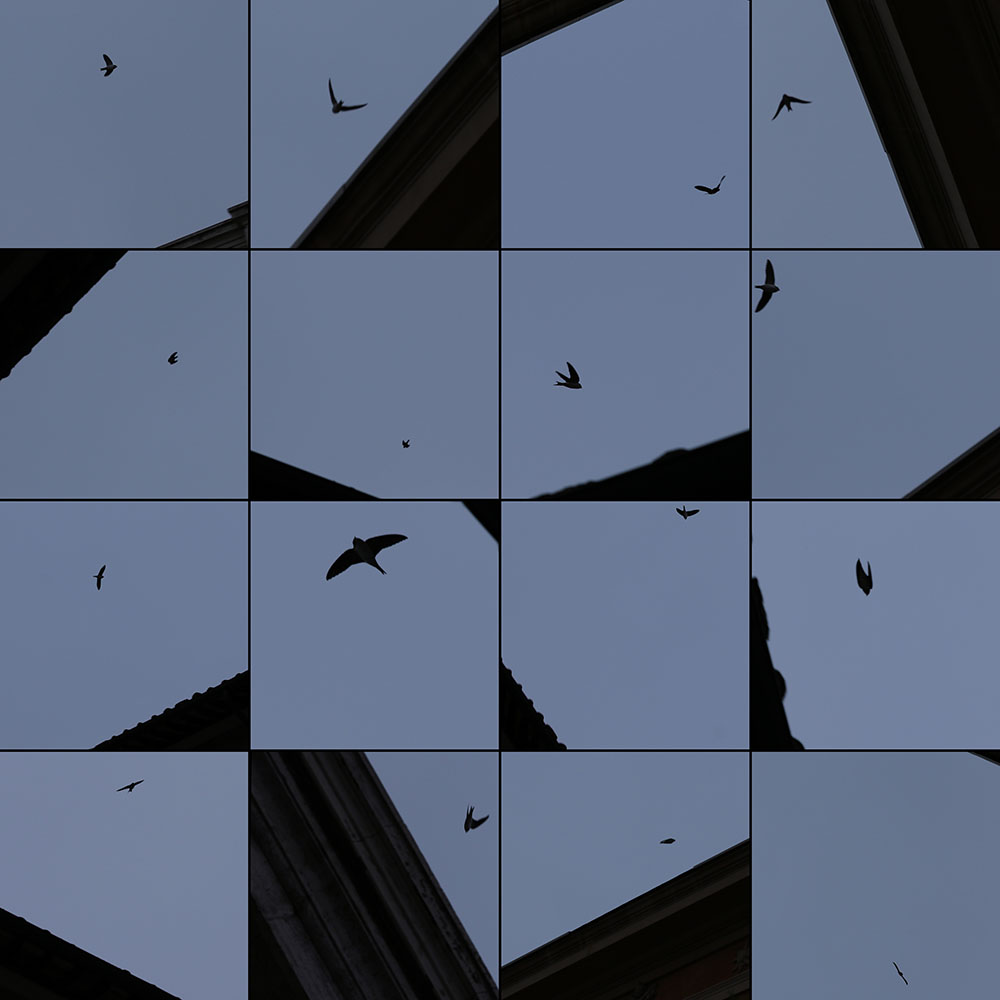 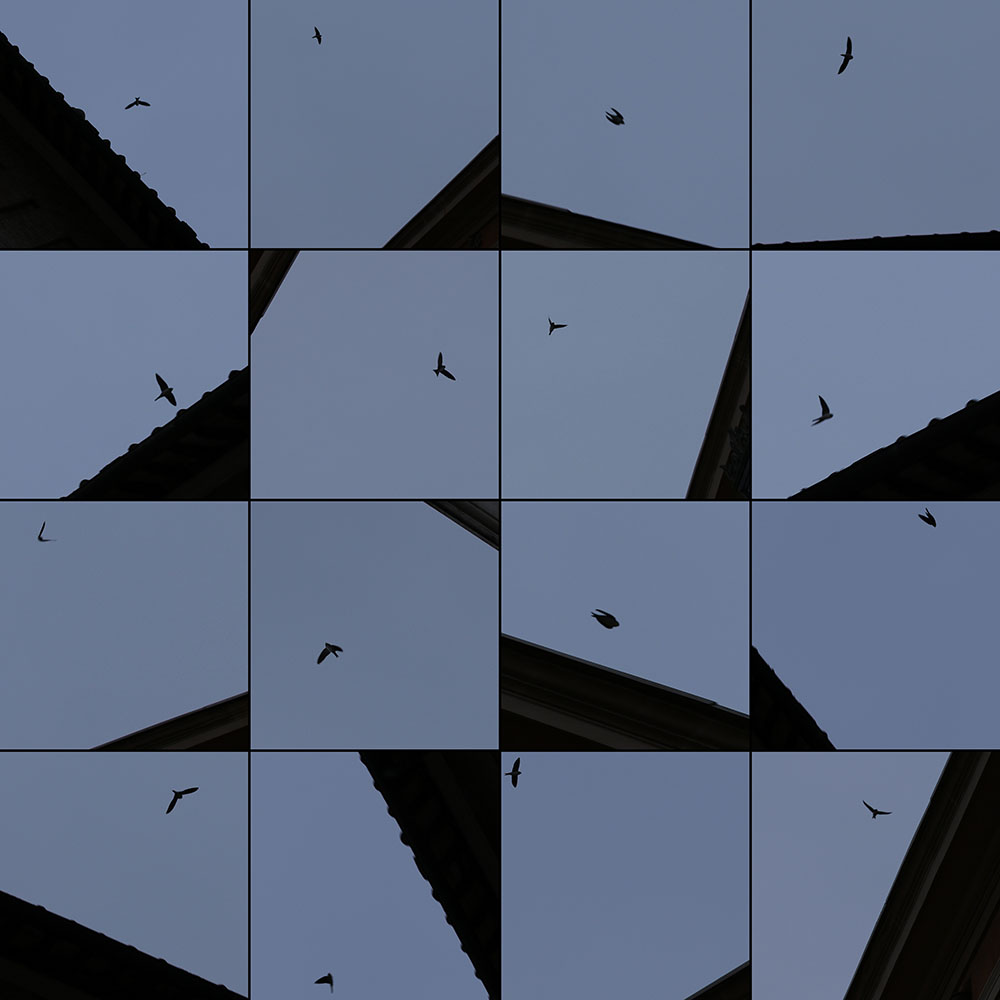 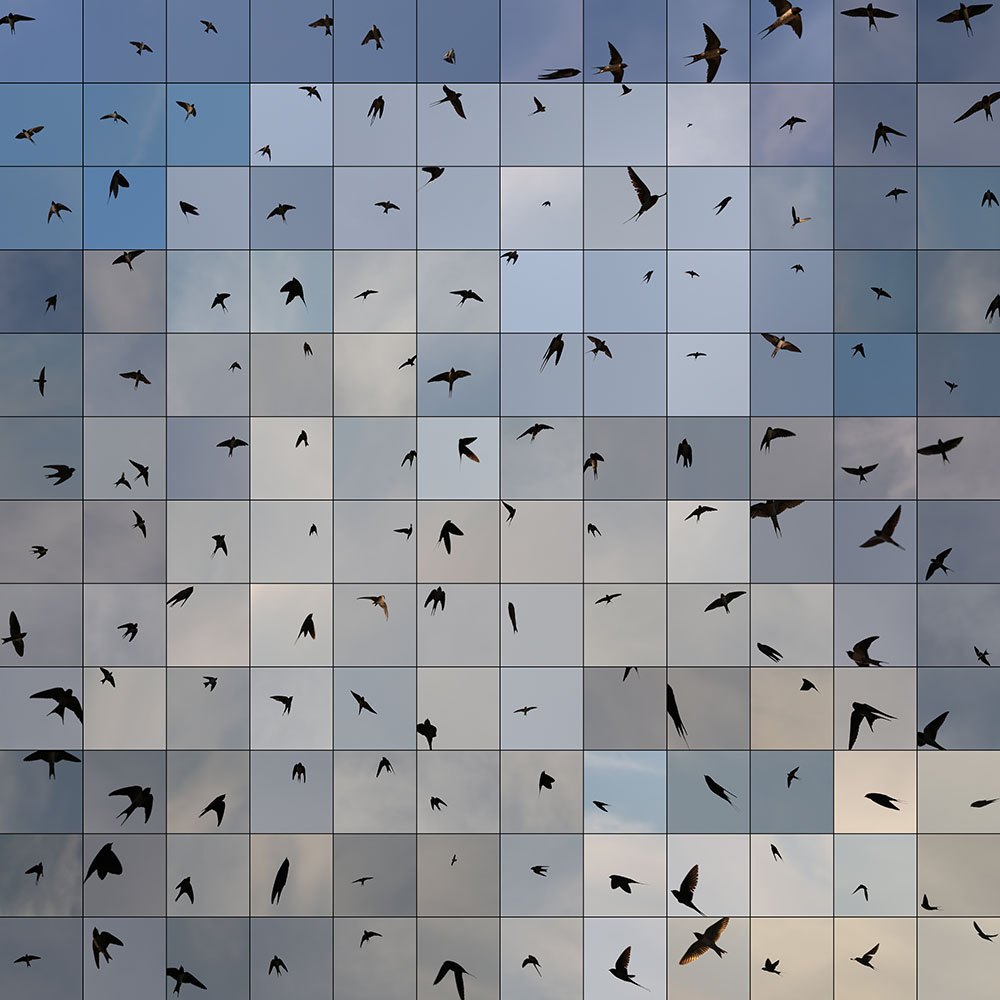 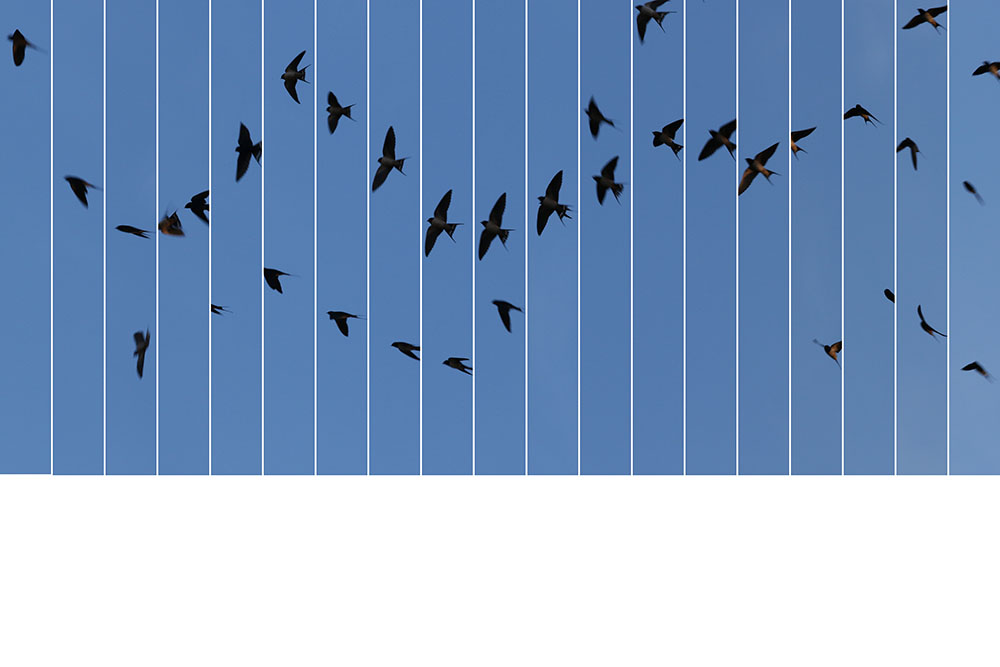 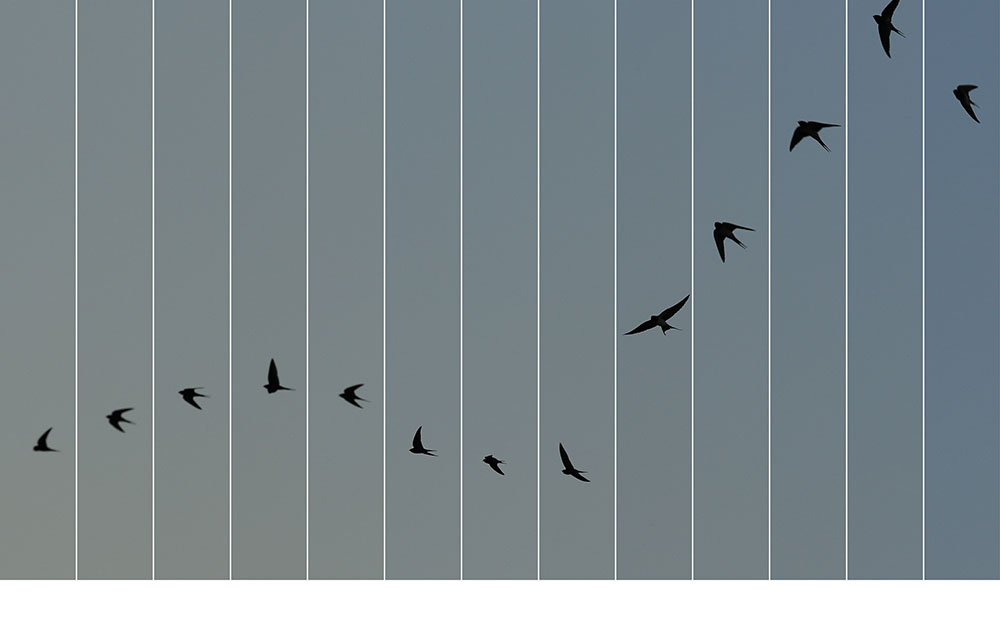 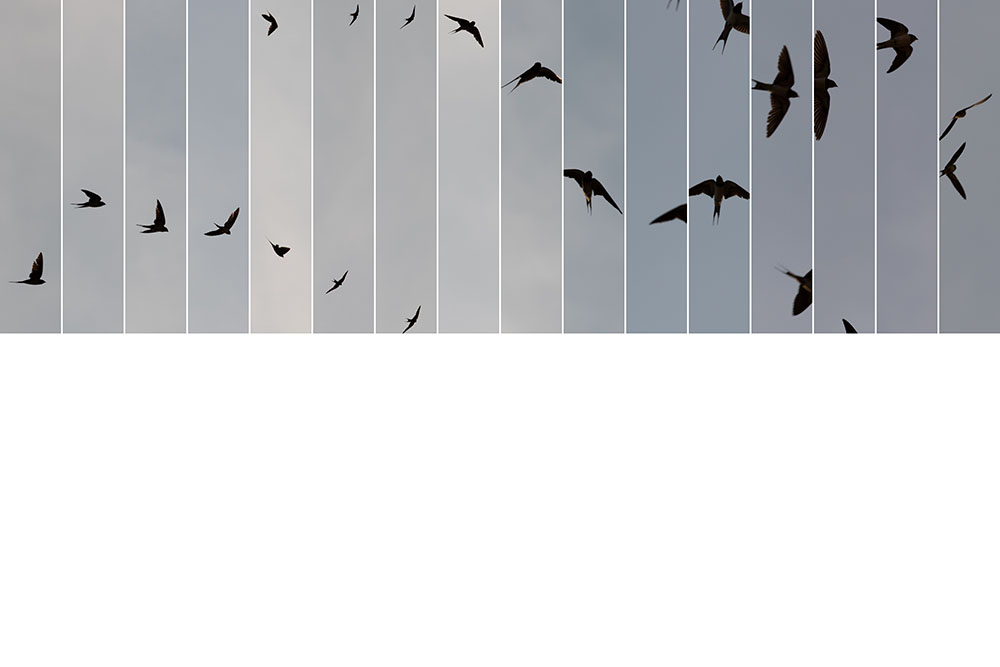 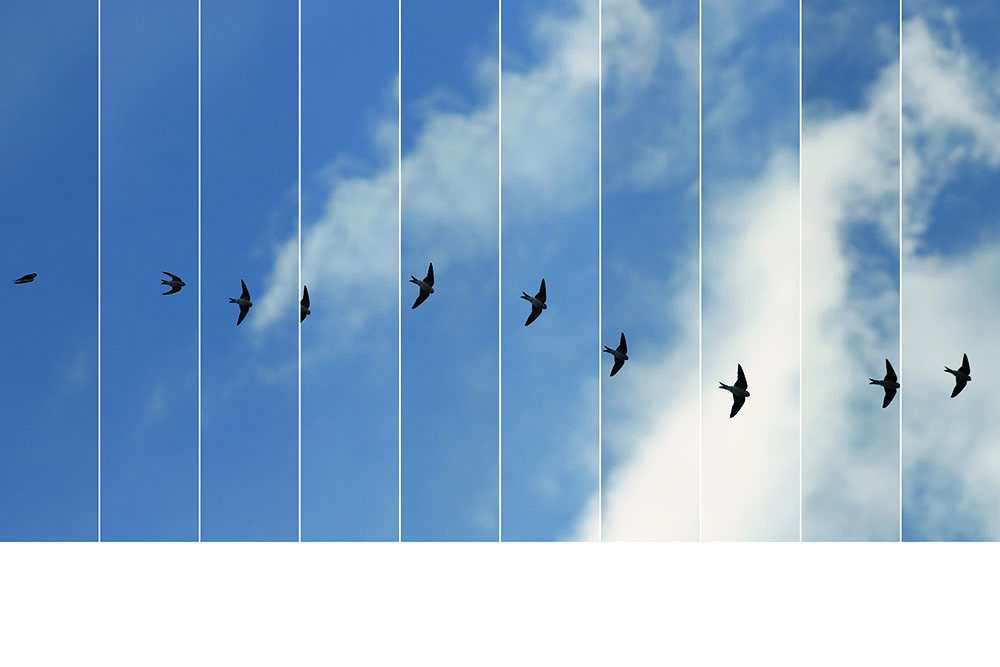 These mysterious collages by Carlos Aguirre — a seminal artist of conceptual art in Mexico — are constructed with photographic fragments and design materials recalling his large installations or his early graphic work from the 90’s.

Domestic-sized and encapsulated-installations are the portrait of a whole made with fragments of times and spaces. In them: leaves and buildings are intertwined in different planes and scales to generate an hybrid ecosystem between the natural and the digital, the classic and the contemporary, the flat and the voluminous.

Aguirre subvert the discipline from within, this exceptional series in his career is the result of intimate observations only possible during historic times of confinement with the offing echo of a metaverse’s scaffolding being built.

Carlos Aguirre. Acapulco, 1948. Industrial Designer with a master's degree from the School of Art and Design in London, UK; he represented Mexico at the Art Biennales of Paris 1982, São Paulo 1985 and 1998. A recipient of the Guggenheim fellowship, he is a dean professor at Mexico’s Universidad Autónoma Metropolitana.

His career as a visual artist includes painting, sculpture, installation and photography, characterized by the constant search of new languages, the questioning of disciplines boundaries, the experimentation with materials and techniques as well as politics and Mexican history.

His work has been shown around the world. In 2015, the National Museum of Modern Art of Mexico organized him the individual retrospective: "Risk Zone" curated by art historian Pilar García, University Museum of Contemporary Art, MUAC-UNAM.

Aguirre is a Member of the National System of the Arts of Mexico. Currently he is preparing a retrospective book and exhibition of his work edited by National University of Mexico UNAM.

“March 2020. The Eternal City; Rome is deserted, confined. Only four artists roam the Villa Médici in a foremost deep artistic confinement. Among them, the photography artists Edouard Taufenbach and Bastien Pourtout observe in this unprecedented episode of suspended time: the gradual arrival of the swallows. Intrigued by these birds —which do not exist in the wild but only in human coexistence— they decide to capture their flight, a movement of freedom both in this unprecedented period and forever.

Above the Villa Médici’s fence, the moments stolen from these great migrants follow one another, sometimes cropped, blurred or detailed in what looks like a monochromatic sky, but the intense lavender blue turns to taupe, gold or fiery orange. The colors of the sky come as a call to better observe the granularity of our world.

The intermittent sequencing of the circular flight of the swallows with swirling movements of repetitive music, circulates and embraces the works”.

Le Bleu du Ciel by Taufenbach and Pourtout was awarded with the Swiss Life Award 2021 and has been exhibited in Arles, Bordeaux & Galerie Nationale Jeu de Paume de Paris. ALMANAQUE has proudly presented the series at Zona Maco Mexico City and Photo London before this special feature for Unseen Amsterdam.

During the 2020’s confinement Taufenbach started to work in duo with Pourtout after winning the pioneer artistic residence La Villa Medici in Rome, where they created Le Bleu du Ciel, winning afterwards with the resulting series the Swiss Life Award for Contemporary Art 2021.

Taufenbach’s is a guest artist at UAL: Camberwell College of Arts, and participated in the group exhibition Moving The Image. In February 2020, ALMANAQUE showed Taufenbach's work in the exhibition Mirage, curated by Arturo Delgado. The same year his book L’Image dans le miroir edited by Maison L'Artier Paris. They have exhibited in national museums and international shows.

Their work as has been published by BBC, The Guardian, The New York Times, Le Monde, Vogue Paris, Vanity Fair, The British Journal of Photography, L'Œil de la Photographie and Le Figaro among many others.