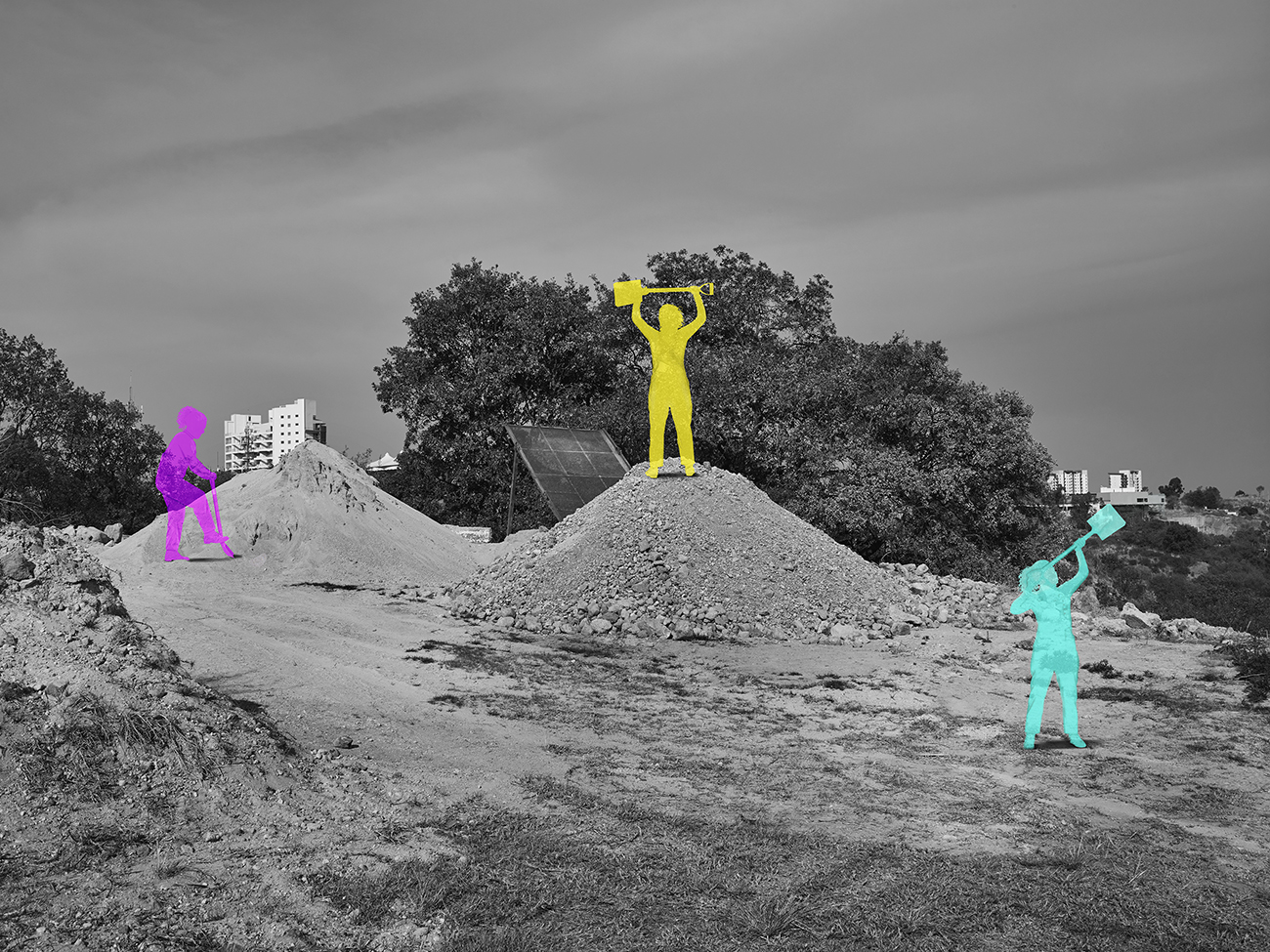 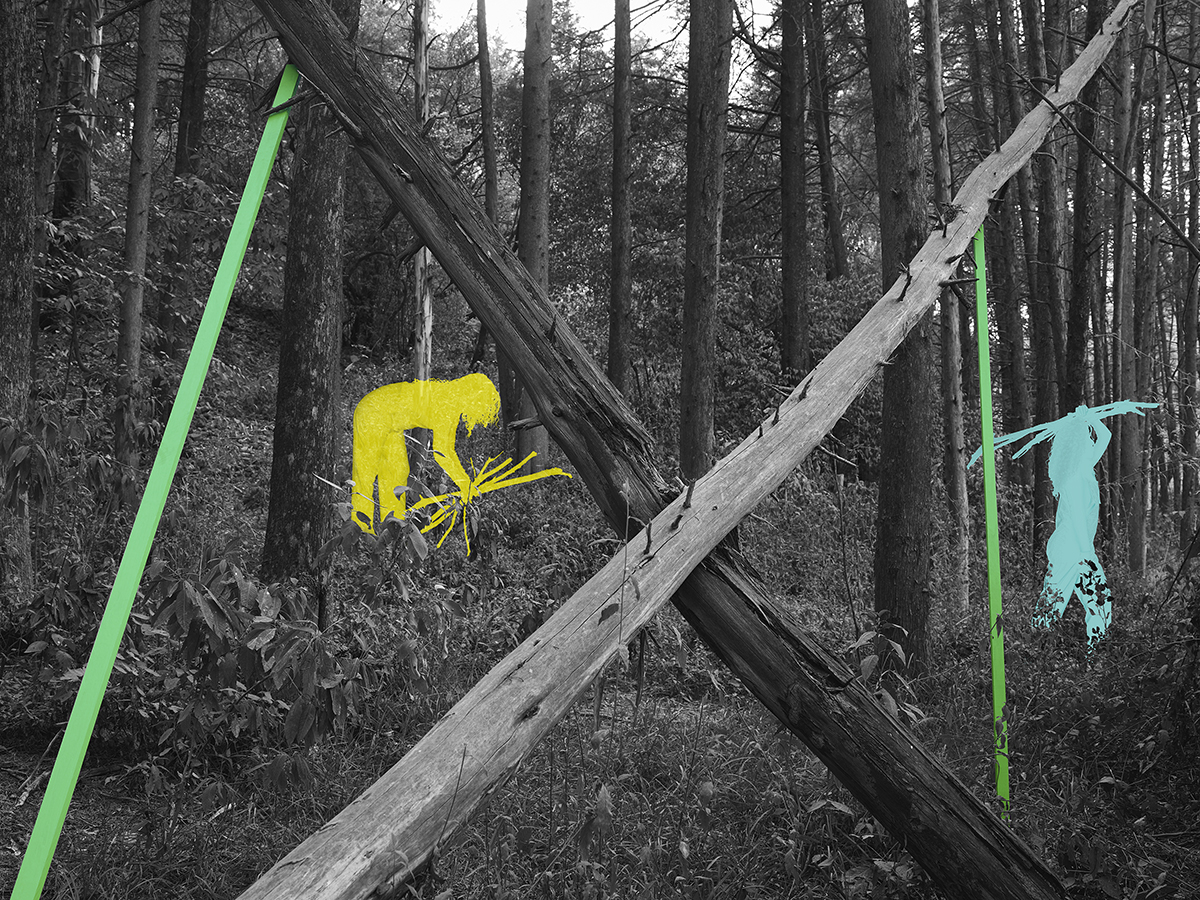 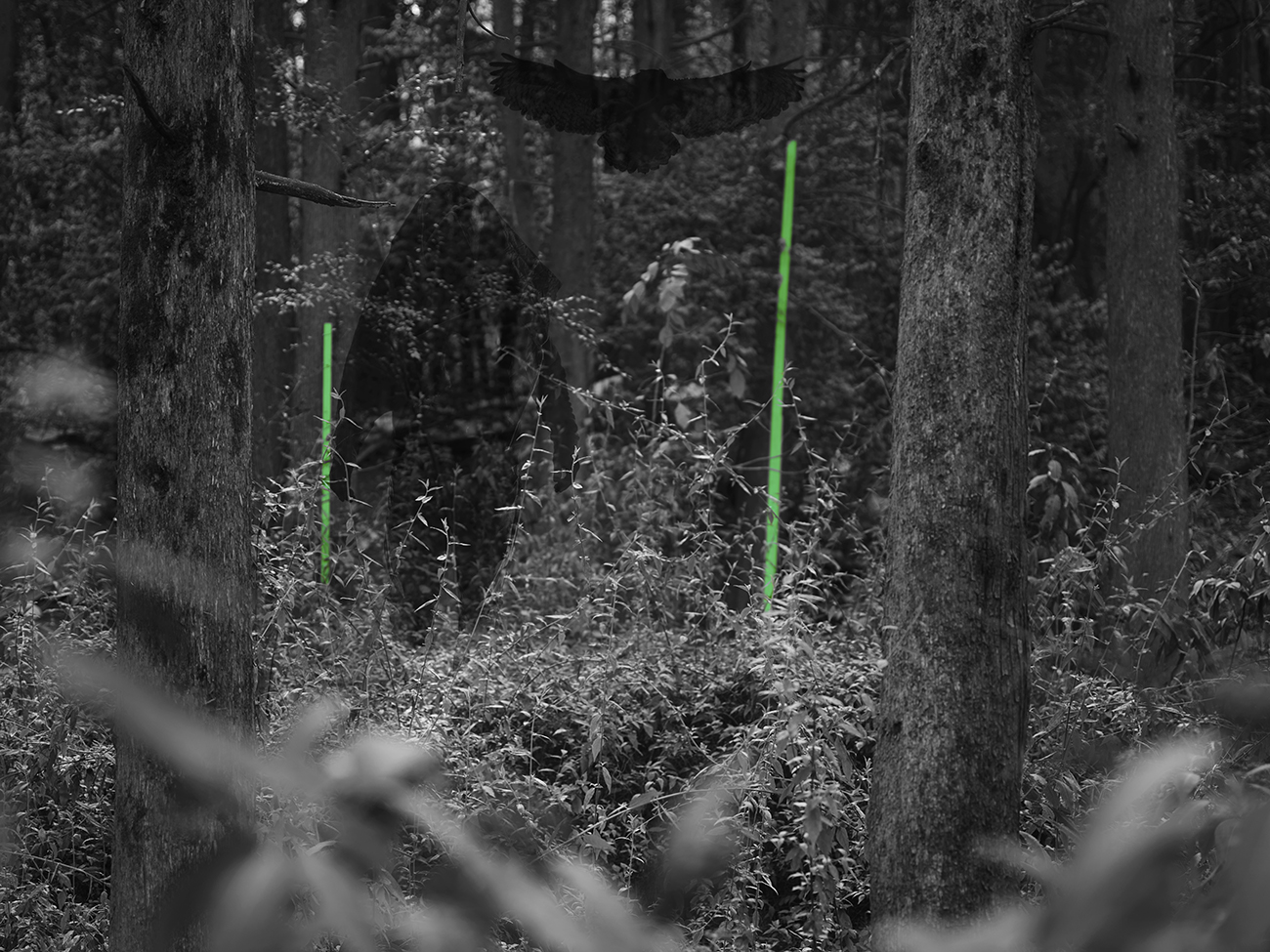 The Great Divides I 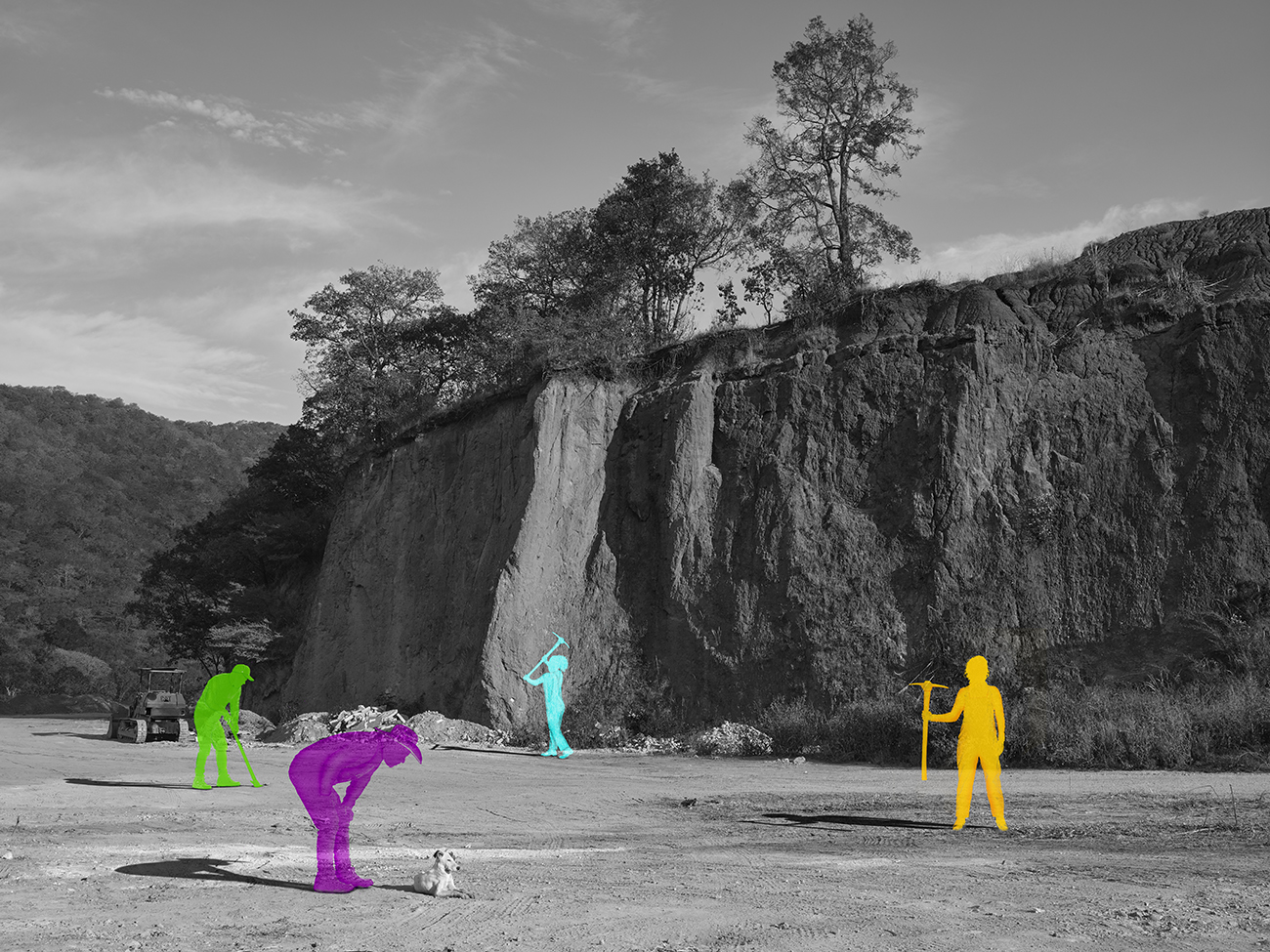 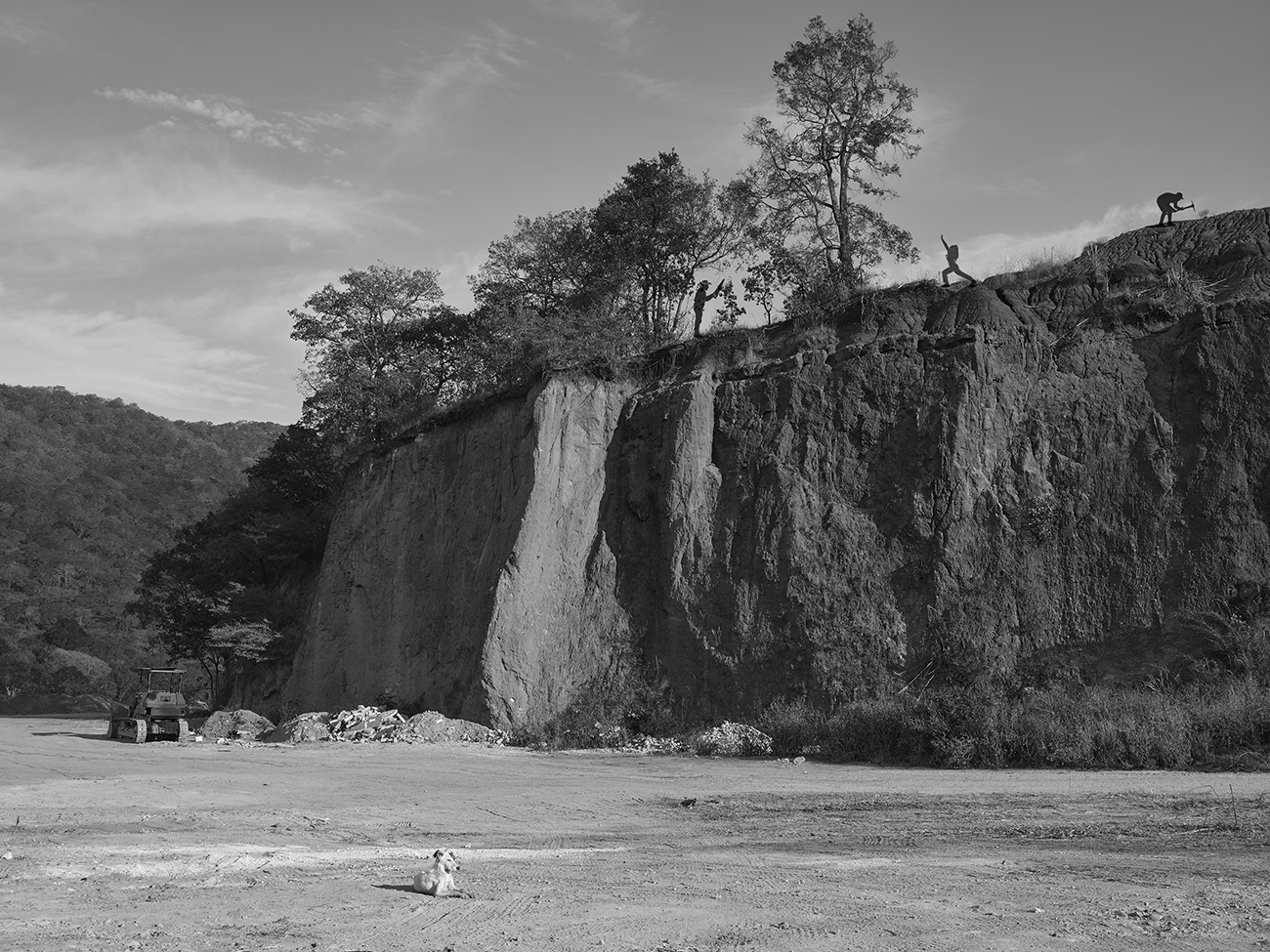 Enrique Méndez-de-Hoyos (Mexico) is a graduate of the Master of Arts at New York University and a bachelor's degree in journalism and communication at UNAM. As part of his teaching artistic practice, he investigates the relationship between cinema and art. In August 2019 he premiered the solo exhibition, "Vortex: Dislocated Times" at the Museo Ex Teresa Arte Actual (INBA). The exhibitions of his work stand out at the University Museum of Contemporary Art, the NYC Neighborhood Museum, Casa del lago, the California Museum of Photography, Museo Laboratorio Arte Alameda, Centro de la Imagen, Photo España Festival and the Manuel Álvarez Bravo Center in Oaxaca. His work is part of the collections of the University Museum of Contemporary Art, the National Institute of Fine Arts and the Televisa Cultural Foundation.

"Greenscreen: Fables of the Anthropological Machine"

Enrique Méndez-de-Hoyos captures a series of photographs in natural settings that play with human presence-absence. He obtains black and white representations that he later works digitally to embed figures and shapes with a phantasmagorical appearance: anthropomorphic silhouettes that can be seen as colored shadows, voids of green tones that cross the landscape.

As tearing the black paint off a wall to reveal traces of phosphorescent crayon underneath, the artist opens a hole in the surface of the representation, revealing that it is supported by digital scaffolding: a green screen. The photographs in the exhibition are thus composed under a logic of strata or layers: that of the natural environment to which they appeal, that of the digital stratum that appears, that of the artistic or cultural that the image itself entails.

The titles of the pieces reinforce this last layer, as they blink an a eye to works, movements and artists who have worked with the landscape or the idea of ​​nature: Le Déjeuner sur l'Herbe by Édouard Manet, Hansel and Gretel, by the Grimm Brothers or Animalism by Joseph Beuys. And precisely because the strata occur in the unity of the image, it is complex to elucidate how far one reaches and the next begins.

Where does the portrayal of the natural world—its forests and its birds—end, and where does landscape begin? Can we distinguish between a photograph of a bird, the image of its shadow, and a bird created from a green screen? Is it possible to point to the end of the photograph and its meaning begins?

The photographic series by Méndez de Hoyos explores the concepts of nature and culture; he swings between one and the other to stop in the image, a place where both intertwine. Fables of the Anthropological Machine, the film on display, reinforces and rounds off that inquiry. It seems to represent —in farcic code— a mythology without a clear geographical anchor”.